Omg no! Don't look at my blog!

What is it Anyway?

Of all the people getting smeared these days, some interesting software communities seem to be getting flak as well. I want to respond to some weird allegations that suckless are nazis, etc.

This is the entirety of what's going on here. It's beyond the scope of this blog post to educate you about all of the technical aspects of the Unix philosophy (see further into my blog if you're interested...)

It's not nazism, no more than a grammar nazi kills people who make typos. There's such rampant disinformation, incompetence, and maliciousness, especially online these days, it's almost impossible to figure out what's going on anywhere anymore.

I'm going to just leave this simple. It's not nazism. If you're interested in what it is, you can study it yourself. Unfortunately, you will just have to think critically in this day and age. Who is telling you what, and why?

Someone pointed out to me now people have to decide if they believe me or not. Lol. It would be nice if people could agree on something positive. "United we stand"...

I have now fully populated the Turing Pi board I pre-ordered in October. Waiting for this board was nervewracking with all of the things going on in the world right now. It finally arrived, I got all the parts and it's completely set up now: 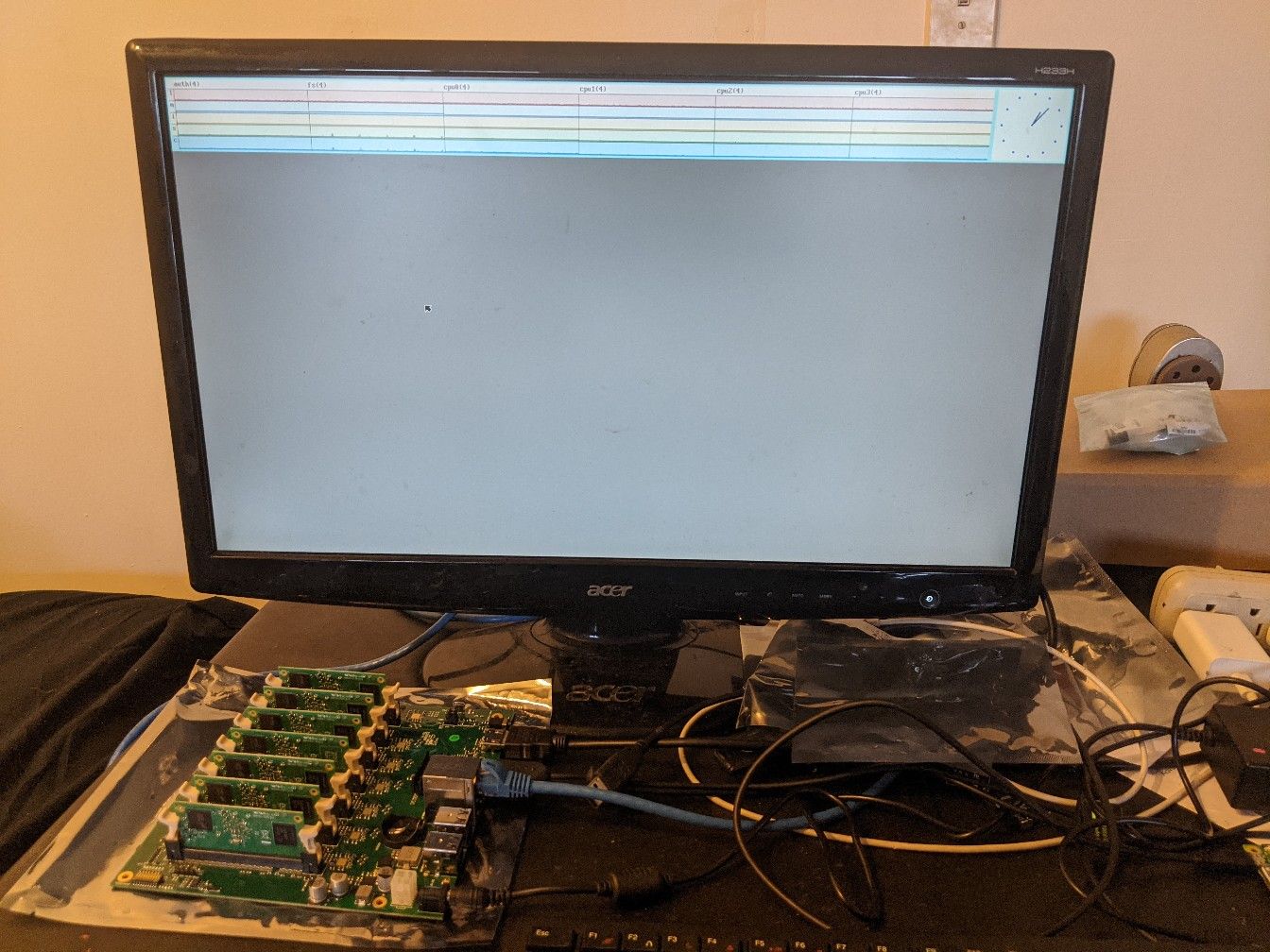 It runs Alpine Linux on the main node with the screen, and Plan9front on the other six nodes. The only things I really had to code to get all this working were support for the eMMC flash chips used on all but one of the Raspberry Pi Compute Modules, and a drawterm GUI backend for the Linux console framebuffer:

While I was at it I added simple ALSA sound support to drawterm. The storage for four CPU servers runs a standard Plan9front cwfs system with backup off of a very slow 256 GB microSD card. Alpine Linux just serves as a terminal for the CPU servers, an NTP server for all of the Plan9front computers, and not much else.

CFAA vs DMCA in the war of terror

The CFAA made it illegal to break into computer systems. This is largely forgotten nowadays. Can you imagine if the automobile were introduced today? In a culture like we have now, it would be a disaster. People would be lighting gasoline fires everywhere and running each other over. What changed?

There are probably many factors. It would be impossible to pinpoint one small thing that led to this change. People forgot how to be responsible. There seems to be no personal accountability unless people randomly happen to decide they want it themselves. The more power and money someone accrues, the more they seem to escape accountability, not the opposite as would make sense and be just.

I tried to express my dismay with the modern Internet to someone shady I know online, and he jumped in to reassure me. "Don't worry! You can get away with anything these days!" Needless to say, he missed my point, and I remained unconsoled on the matter.

It's not my mentality to want to catch hackers. Maybe that's a mistake on my part. I just want my computer to work. A nice, quiet, long, healthy life. Maybe I'm looking in all the wrong places. If the CFAA makes it illegal to break into systems, how will people find security flaws and fix them? How do we balance that with things like responsibility and justice? It's really pretty upsetting to think how much people rely on our networked infrastructure. This year more than any other, everyone turned to the Internet to get almost anything done. People sometimes accuse me of speaking in riddles. People also say, "smart people sound like crazy people to dumb people." Problem is, if I were smarter I would probably just give up on computers.

I learned my sense of responsibility (such as it is) from two important factors. I don't like scaring people, and people dumped responsibilities onto me. Maybe I was just raised well. ☺ My parents taught me to care about other people, to do what I know is right even if it isn't normal, and to program computers, among many other things. I always complain about American education, but I owe them a lot as well.

I'm not in charge of anything here outside of my own limited sphere of understanding. There are no particular rules about free speech on my own blog. I'm going to call you to action like I wouldn't be allowed to on FM radio. Do the next right thing.

I got a Turing Pi. Pretty cool. I had some problems at first with the USB on the first node, the company helped me find a small bit of solder which I removed with a pin. Now everything is working pretty well :) 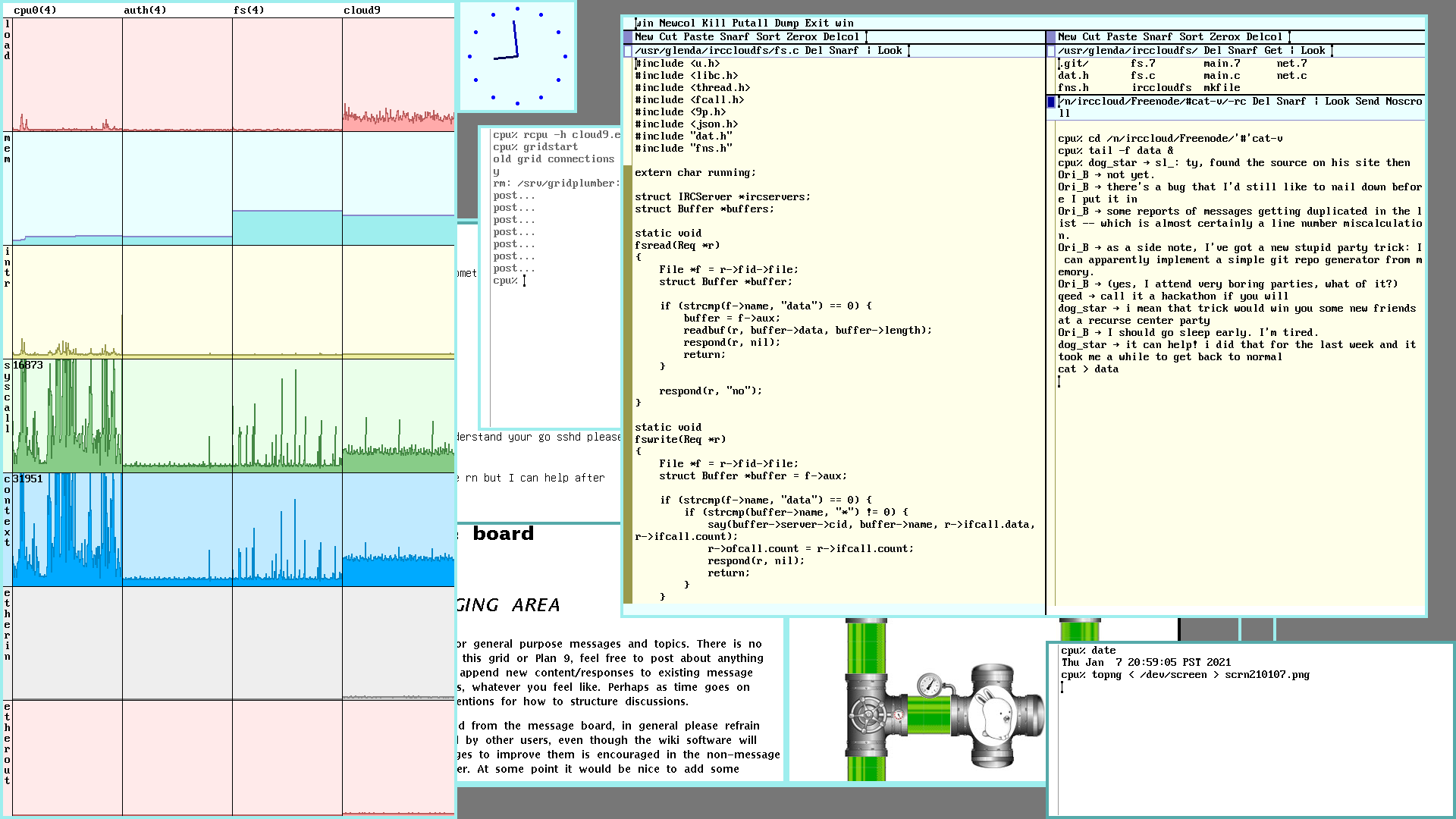 Why I Go Online

I'm feeling introspective on the question, "why do I go online?"

Many people have told me, in the interest of helping me, I just plain shouldn't.

The honest truth is, I don't even know what I would do if I weren't online. A tennis ball used to be fun, then I needed a computer. Now I need a computer connected to the Internet even. They are not only for fun, they have become a basic necessity to participate in the world at all.

Once I heard a speaker's analogy of fossil fuels to an addict's drug. Internet seems to have become similar. 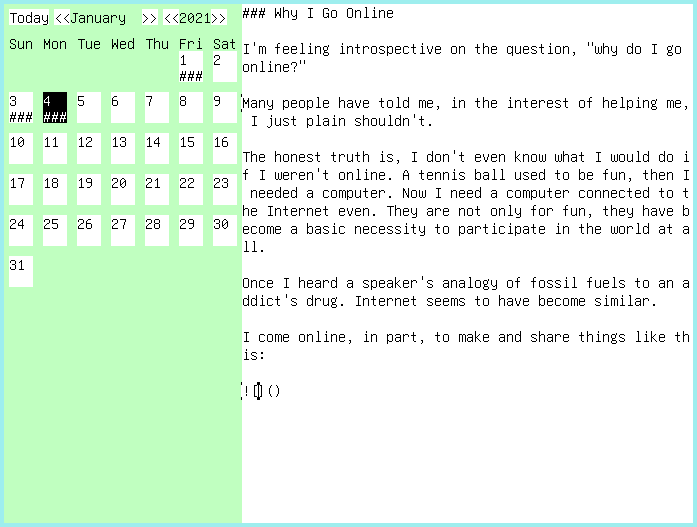 Lol ☺ I am proud of this one. Perhaps overly proud... https://github.com/echoline/planner

Only one person besides me appreciated it, as far as I know. It still made me feel great to hear that. I booted to Windows a while back to try to make a version for "normal people." I poked around a little bit and just gave up...

That's why I come online.

I want to share a short explanation of why the orange is sacred in certain branches of Humanistic Judaism. I'm hesitant to do so... I'm not sure that counts as "normal blog behavior." But, here goes.

A parable of creation: God squeezed an orange and all the Jews came out. A rabbi told me this joke. Technically he was from another branch of Judaism...

The wisest comments I've heard in years on such topics were:

A) Everyone's gotta figure things out themselves how they're going to.

B) Discussions of politics, religion, and money are all good ways to lose a friend.

So, though it may go without saying... I dunno.

I also wanted to share an interesting quote I heard today:

To relate it all back to politics, the most important political issue of the era seems to be being polite. Perhaps especially online. In such matters of advisement I must urge you to be wary of what you read or post online!

I have found that when I feel grumpy it helps quite a bit to force myself to just say something nice, if I can manage it. Not that I am grumpy in the least right now, but I must compliment you for reading so far into my blog. ☺

I'm going to go look for a good fight and try to exercise my diplomatic skills I've been slowly honing. Ta ta for now my friends.

I have another new year's resolution. I'm going to stop swearing so much.