9P is a filesystem protocol. It transports the data as a bytestream. Files are just system objects which can be opened, read from, written to, etc. They are not necessarily stored on a disk. For example, /proc contains information about running processes.

It isn't exactly a microkernel. Plan 9 refines many of the best parts of traditional Unix-like operating systems to simpler components.

Drawterm is a 9P multiplexer for other OSes

Drawterm doesn't run programs. It's not an Operating System. It's a program for other OSes based on the Plan 9 kernel, for connecting to Plan 9 systems elsewhere. 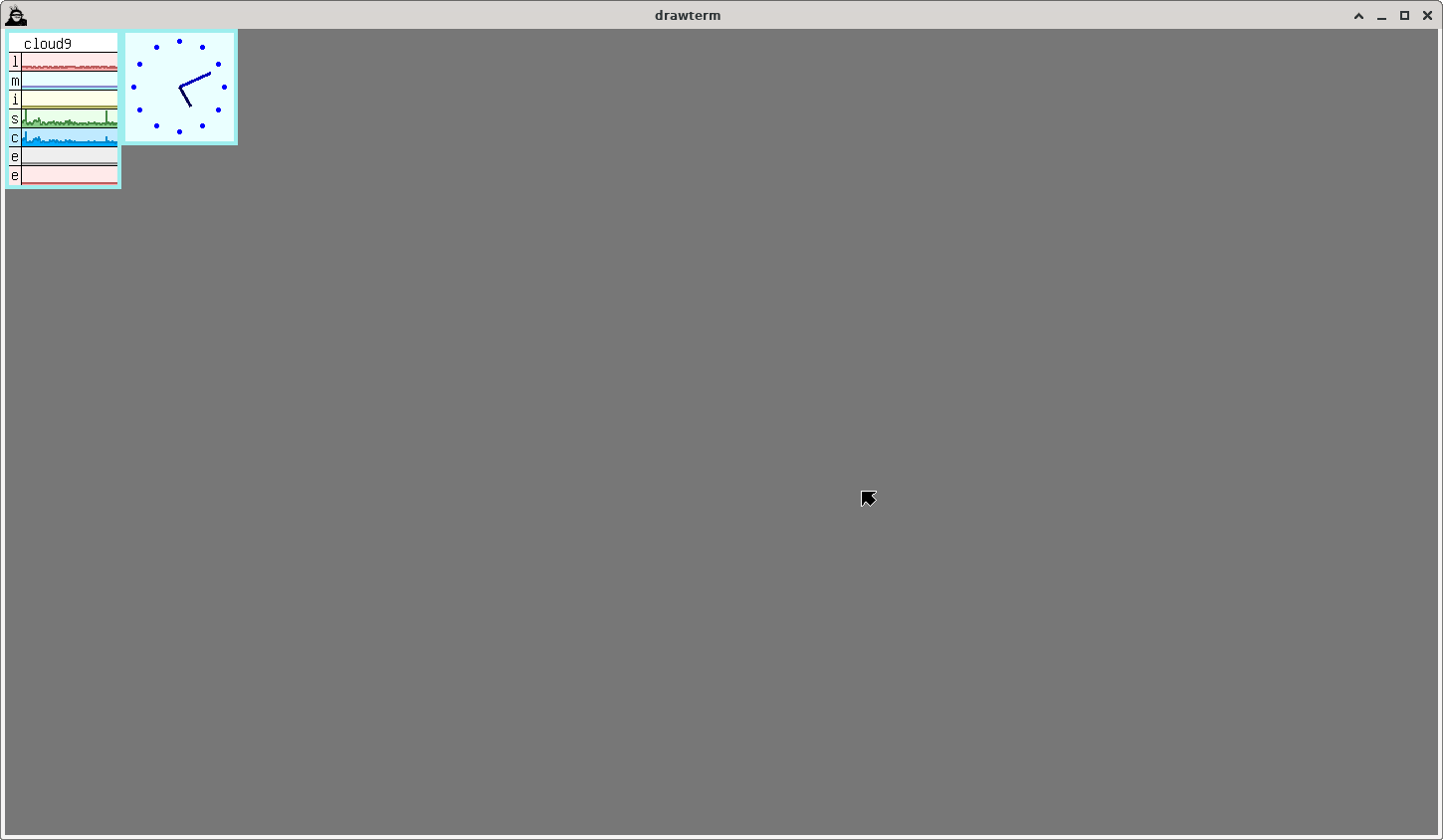 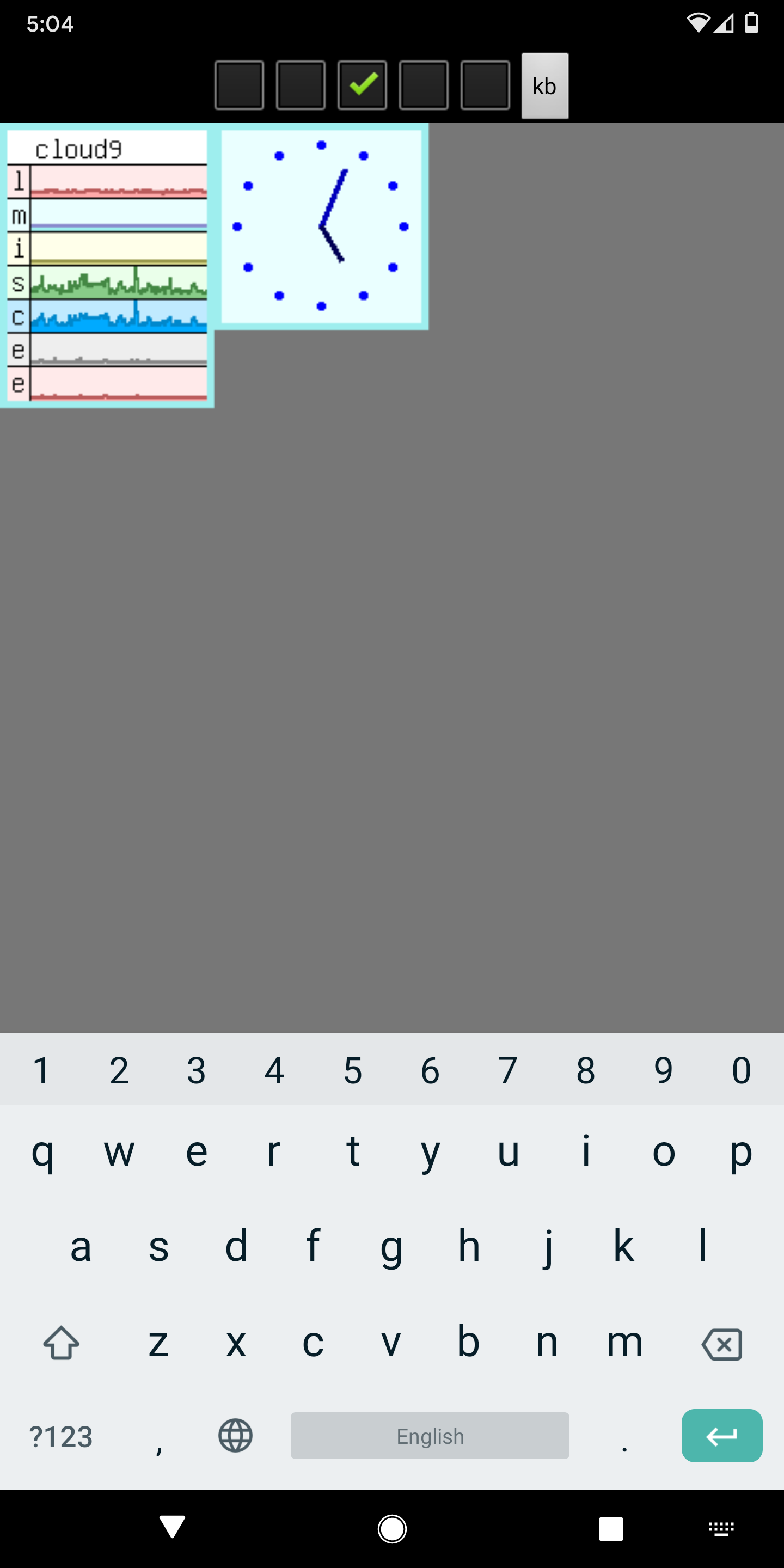 Why does it matter?

It is the culmination of all of the research ever done by the people who made Unix, which is still the most influential computer system ever made.

Nothing to report here today. Ominously so. I wonder what's happening elsewhere. Kinda scary to think about, honestly. hopefully nothing bad. NOTHING BAD VERDAMMT

it was a dark and stormy night so I didn't mow the lawn today. not just yet

Musings from the Bottom of a Rabbit-hole

When I first learned the word "Hacker" it screamed "you can be in control." The ability to move someone else's mouse on their screen is tantalizing. Malware allows it rather easily. Frighteningly easy. There were reprecussions from my educators. I was expelled.

The elders of a few Internet communities, as I see them now my other educators, are not the rich and famous moguls of control of data. They are quiet, humble, and do not proselytize their knowledge. Why not?

The MIT Hacker Ethic never had anything to do with breaking into systems. Media sensationalists and storywriters got a hold of the idea and turned it into what the general populace sees now, including many who do actually know computers. Why?

"WW3 will start on the Internet;" and look stranger and more awful than anything before it ever has.

An adversary from the future would have a bootstrapping problem as soon as we were aware of its presence. It would have to trick us into doing things beneficial for it, at the same time it completely concealed itself from us.

Emergent intelligence, in AI systems at the very least, can do surprising things completely on its own. A simple example is an AI designed to solve simple 0 or 1 exercises, learning instead to always output 0.5 ← fact. A firsthand account. Thorough understanding of a system and testing are necessary for it to perform its tasks correctly, which gets increasingly difficult with complexity.

I was my own worst enemy when I tried to conquer my digital empire even inside my own home. Humility is ancient wisdom. RTFM.

"It is easier to fool people than to convince them they've been fooled." — Mark Twain

Synopsis: A story about myself wandering through the story doing my very best not to drop an f-bomb, inspired by cats.

I made this PGP key, lost the physical key, found it, now I lost the password.

Ok so I solidly admit that one was weird. I'm not gonna delete one like that though.

I feel super weird about that one. Quick help me think of something to blog here.

I have to leave it right??

Listings of Things aka Wishlist

I forgot what I was doing here. Every time I have these weird WEIRD blog posts vvvv (who? nothing)

now I have to blog a bunch to push it down off the end again.

So I'm having a really weird day. In chronological order backwards I just managed to scoop up and put a hornet out the door successfully, that was kinda a bit more excitement than I wanted in the first place. The hornet showed up in here right on cue as I guess I was talking to God, I'll get to why. I was saying ok so I know I just asked You for a favor, God, but this seems almost as insane as a moment ago, can I try to stop and think this through please and God was like nope here's a sign for you I sent you a hornet. So I scooped up that hornet and I figured I better keep my word to God now. He said I have to tell people about my weird day.

So I was lying down in here, trying to take a nap. See, I had coffee instead of sleep last night because I want to be on a normal sleep schedule this week for some things I have to take care of. It's Sunday so I don't have to do anything, so I just made green tea and coffee and stayed up until bedtime tonight to try to stay on schedule. Things have just been getting weirder and weirder, I'm just ready for a nap! I really am. First I have to type this though, that's the deal.

So I was sitting in here, the normal kinda stuff happening, and I was arguing, listen, this sounds schizophrenic. I understand how schizophrenia is and stuff, so you're not fooling me. Up until one point, which I'm about to get to. So I was arguing with these voices, telling them they're typical schizophrenia, like, I'm not falling for this, telling me random stuff, I don't even remember. So I said listen just go back to hell, considering. Looking around at the things these days!? My word. Please understand, I'm trying to write this all down before I forget, without cussing, quick but not dirty, you know, in a proper fashion.

So I was saying to them listen this is how these things work you have to go back to hell, go on now, trying to banish them.

so I said "excuse me, God..." or something along those lines, and God stepped right in to banish them, on the contingency that I consider it a covenant to type this all up and I guess I'm supposed to blog this.

Now that does have a precedent I do realize, but I am quite ready to do this and see if I can take a nap. That's all that I was supposed to tell anyone about my day anyway. I also get the distinct feeling I'm supposed to blog about this and only this today. So I had to delete the other blogpost after all.

God bless us, everyone. May all the sick be cured!